A new Bible reading and devotional, every day.

Woe to the Complacent

6 Alas for those being at ease in Zion, and those who feel secure on Mount Samaria, the notables of the best of the nations! The house of Israel resorts to them. 2 Cross over to Calneh and see, and go from there to Hamath Rabbah and go down to Gath of the Philistines. Are you better than these kingdoms, or is their territory greater than your territory? 3 You that put off the day of disaster and bring near a reign of violence! 4 Alas for those who lie on beds of ivory and lounge on their couches, and those eating young rams from the sheep and goats, and bull-calves from the middle of the animal stall. 5 Alas for those who sing to the tune of the harp; like David they improvise on instruments of music. 6 Alas for those who drink from sprinkling bowls of wine and anoint themselves with the best of olive oils and are not grieved over the ruin of Joseph. 7 Therefore, they shall now go into exile at the head of the exiles and the feast of lounging shall pass away.

8 My Lord Yahweh has sworn by himself, ​declares​​ Yahweh, the God of hosts: “I abhor the pride of Jacob and I hate his citadel fortresses and I will deliver the city and its fullness!” 9 And then if ten people remain in one house, they too will die. 10 And if one’s relative, who burns the body, lifts it up and brings the body out of the house and he will say to someone in the innermost part of the house, “Are there any more with you?” and he will say, “None,” then he will say, “Silence,” because we must not invoke the name of Yahweh. 11 Look, Yahweh is going to command and the great house will be destroyed to bits and the little house to pieces. 12 Do horses run on rocks, or does one plow the sea with oxen?​ But you have turned justice into poison and the fruit of righteousness into wormwood! 13 You who rejoice over Lo-Debar, who say, “Have we not taken Karnaim for ourselves by our strength?” 14 Indeed, I am going to raise up against you a nation, O house of Israel, ​declares​​ Yahweh, the God of hosts. And they shall oppress you from Lebo-hamath up to the wadi of the Arabah.

10 Then Amaziah the priest of Bethel sent to Jeroboam the king of Israel, saying, “Amos has conspired against you in the midst of the house of Israel. The land is not able to endure all of his words. 11 For this Amos has said, ‘Jeroboam will die by the sword and Israel will certainly go into exile away from his land.’ ” 12 And Amaziah said to Amos, “O seer, go, flee to the land of Judah and earn food there and prophesy there!” 13 But do not prophesy again at Bethel, because this is a sanctuary of a king and this is a temple of a kingdom.” 14 And Amos answered and said to Amaziah, “I am not a prophet and I am not a son of a prophet, but I am a herdsman and I am one taking care of sycamore trees. 15 And Yahweh took me from following behind the sheep and goats and Yahweh said to me, “Go, prophesy to my people Israel! 16 And so then, hear the word of Yahweh! You are saying, ‘You must not prophesy against Israel and you must not preach against the house of Isaac!’ 17 Therefore, thus says Yahweh, ‘Your wife will become a prostitute in the city and your sons and your daughters will fall by the sword and your land will be divided with a line, and you​ will die in an unclean land and Israel will surely go into exile from this land.’ ”

Cornelius Has a Vision

10 Now there was a certain man in Caesarea ​named​​ Cornelius, a centurion of what was called the Italian Cohort, 2 devout and fearing God together with all his household, doing many charitable deeds for the people and praying to God ​continually​.​ 3 About the ninth hour of the day, he saw clearly in a vision an angel of God coming to him and saying to him, “Cornelius.” 4 And he stared at him and became terrified and​ said, “What is it, Lord?” And he said to him, “Your prayers and your charitable deeds have gone up for a memorial offering before God. 5 And now, send men to Joppa and summon a certain Simon, who is also called Peter. 6 This man is staying as a guest with a certain Simon, a tanner,​ whose house is by the sea.” 7 And when the angel who spoke to him departed, he summoned two of the household slaves and a devout soldier from those who attended him, 8 and after he​ had explained everything to them, he sent them to Joppa.

Peter Has a Vision

9 And the next day, as​ they were on their way and approaching the city, Peter went up on the housetop to pray at about the sixth hour. 10 And he became hungry and wanted to eat. But while​ they were preparing the food,​ a trance came over him. 11 And he saw heaven opened and an object something like a large sheet coming down, being let down to the earth by its four corners, 12 in which were all the four-footed animals and reptiles of the earth and birds of the sky. 13 And a voice came to him, “Get up, Peter, slaughter and eat!” 14 But Peter said, “Certainly not, Lord! For I have never eaten anything common and unclean!” 15 And the voice came again to him for the second time: “The things which God has made clean, you must not consider unclean!” 16 And this happened three times, and immediately the object was taken up into heaven.

17 Now while Peter was greatly perplexed within himself as to what the vision that he had seen might be, behold, the men who had been sent by Cornelius, having found the house of Simon by asking around, stood at the gate. 18 And they called out and​ asked if Simon who was also called Peter was staying there as a guest. 19 And while​ Peter was reflecting about the vision, the Spirit said to him, “Behold, men​ are looking for you. 20 But get up, go down, and go with them—not hesitating at all, because I have sent them.” 21 So Peter went down to the men and​ said, “Behold, I am he whom you are looking for! What is the reason for which you have come?” 22 And they said, “Cornelius, a centurion, a righteous and God-fearing man—and well spoken of by the whole nation of the Jews—was directed by a holy angel to summon you to his house and to hear words from you.” 23 So he invited them in and​ entertained them as guests, and on the next day he got up and​ went away with them. And some of the brothers from Joppa accompanied him. 24 And on the next day he entered into Caesarea.

Now Cornelius was waiting for them, and​ had called together his relatives and close friends. 25 So it happened that when Peter entered, Cornelius met him, fell at his​ feet, and​ worshiped him.​ 26 But Peter helped him up, saying, “Get up! I myself am also a man!” 27 And as he​ conversed with him, he went in and found many people gathered. 28 And he said to them, “You know that it is forbidden for a Jewish man to associate with or to approach a foreigner. And to me God has shown that I should call no man common or unclean. 29 Therefore—and without raising any objection—I came when I​ was sent for. So I ask for what reason you sent for me.”

30 And Cornelius said, “​Four days ago at this hour​,​ the ninth, I was praying in my house. And behold, a man in shining clothing stood before me 31 and said, ‘Cornelius, your prayer has been heard, and your charitable deeds have been remembered before God. 32 Therefore send to Joppa and summon Simon who is also called Peter. This man is staying as a guest in the house of Simon, a tanner,​ by the sea. 33 Therefore I sent for you at once, and you ​were kind enough to come​.​ So now we all are present before God to hear all the things that have been commanded to you by the Lord.”

12 “Though wickedness tastes sweet in his mouth,

and he hides it under his tongue,

13 though he spares it and does not let it go

and holds it back in the midst of his palate,

14 in his bowels his food is turned,

the venom of horned vipers is ​within him​.​

15 He swallows riches, but​ he vomits them​ up;

God drives them​ out from his stomach.

16 He will suck the poison of horned vipers;

the viper’s tongue will kill him.

the torrents of honey and curds.

18 Returning the products of his toil, he will not swallow;​

according to the profit of his trade, ​he will not enjoy​,​

19 for he has oppressed; he has abandoned the poor;

he has seized a house but​ did not build it.

20 Because he has not known satisfaction in his stomach,

​he lets nothing escape that he desires​.​

21 ​There is nothing left after he has eaten​;​

therefore his prosperity will not endure.

22 In the fullness of his excess ​he will be in distress​;​

all of misery’s power will come upon him.

23 ​When his stomach fills up​,​ God will send ​his burning anger​​ upon him,

and he will let it rain down upon him​ as his food.

24 “He will flee from an iron weapon,

but an arrow of bronze will pierce him.

25 He draws it forth, and it comes out from his body,

and the glittering point comes from his gall-bladder;

terrors come upon him.

26 ​Total darkness​​ is hidden for his treasures;​

​an unfanned fire​​ will devour him;

the remnant​ ​will be consumed​​ in his tent.

27 The heavens will reveal his guilt,

and the earth will rise up against him.

28 The products of his house will be carried away​

like gushing waters​ on the day of his wrath.

29 This is a wicked human being’s portion from God

and the inheritance of his decree from God.”​

As Christians, we might be tempted by the lure of invisibility—the fabled cloak or ring that gives us the power to walk undetected among our friends or enemies. Although it is true that “making much of God” means making little of ourselves, we sometimes use this truth as an excuse to avoid proclaiming God’s work in our lives. Living under the radar is much more comfortable.

Paul never chose the comfortable route. As a former persecutor of the Church, Paul knew the danger of preaching Christ in the open—the chief priests had once empowered him to imprison all who publically professed Christ (Acts 9:14). Yet as a new convert, Paul loudly proclaimed the name of Christ to anybody within hearing distance: “And he was going in and going out among them in Jerusalem, speaking boldly in the name of the Lord. And he was speaking and debating with the Greek-speaking Jews, but they were trying to do away with him” (Acts 9:28–29).

Most of us know that life as a Christian won’t be a life of ease. But what is our image of a life of ease? Is it overstuffed chairs, butlers, and bulging bank accounts? Is it remaining silent when we should confess the name of Christ? Or is it judging from afar when we should be coming alongside people in their pain and brokenness? If we follow Paul’s brazen example, we will boldly and wisely share Christ in every possible circumstance.

Are you choosing invisibility? How can you boldly and wisely proclaim Christ? 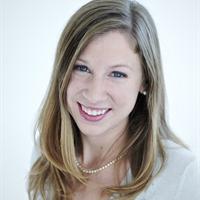 Connect the Testaments: A Daily Devotional

This 365-day devotional walks you through the Bible in a year, following a custom reading plan that delves into the stories of the Bible from five unique perspectives.